In a hospital close to Paris, a father is looking after his 23-year-old son, who is treated after he was severely injured in a car accident.

In the room next door, an 80-year-old man, tormented by the regrets of a shattered life, is being treated for terminal cancer. He has to face his lasts days alone, since all the members of his family abandoned him. The old man, who never met the father of the young injured man next to his room, has no idea that the presence of this stranger is not a mere coincidence.

With this medium-length film, my goal was to emphasize all the regrets a father might have in his deathbed after he completely ruined the life of his wife and kids and all the people around him, without having taken the time to talk to them. But as often said, it is never too late. A part of this fiction is based on true events. 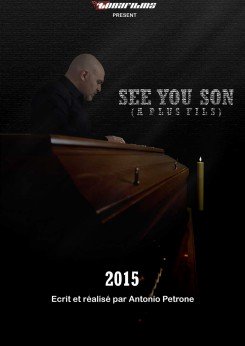